They were so quiet that Cinderella didn’t even know she was being followed.

Cinderella was barefoot so she just jumped right in, through the magic portal! Her stepsisters let out a loud GASP when they saw her disappear.

Without hesitation, her stepmother and stepsisters followed suit, after waiting a few minutes so Cinderella would not know she was being followed.

Right after they stepped into the magic portal, VOILA – they were transported to OUR WORLD – the real world, on the pathway towards Enchanted Cafe at 88 Rangoon Road, Singapore.

They saw Cinderella walk into the Enchanted Cafe, being greeted by all the staff.

“Is Cinderella some kind of a princess in this place? Why is she being treated so nicely?” Her stepmother thought.

“Should we head in?” One of the stepsisters asked.

Will they enter into Enchanted Cafe? Find out next week! As for you, just walk straight in because Enchanted Cafe serves Crusted Wolf Fish with White Wine, a dish fit for royalty. 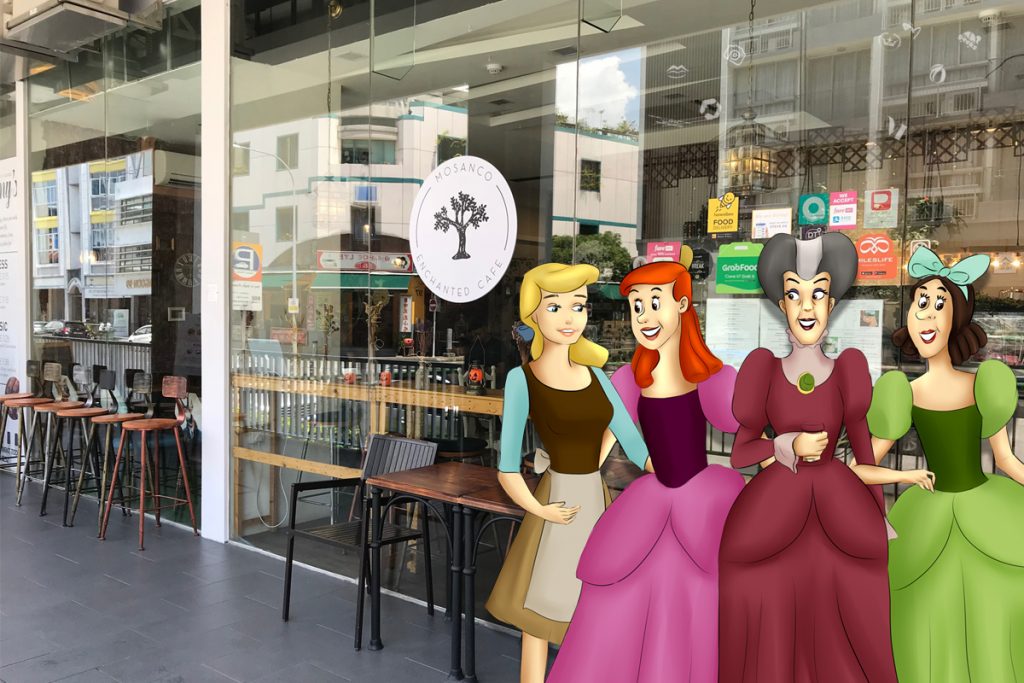 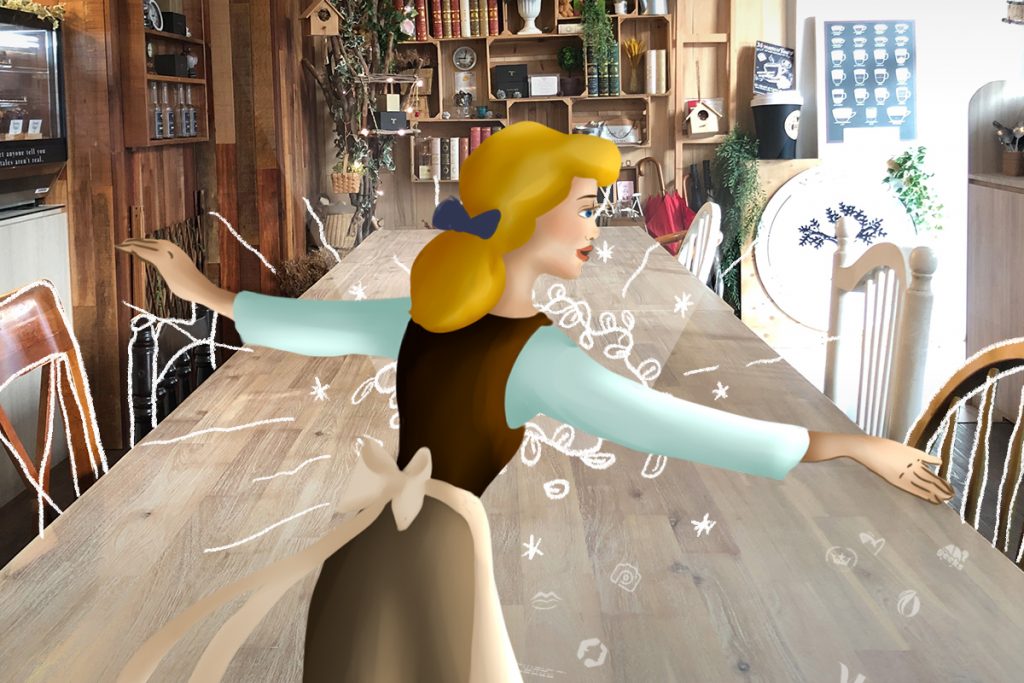 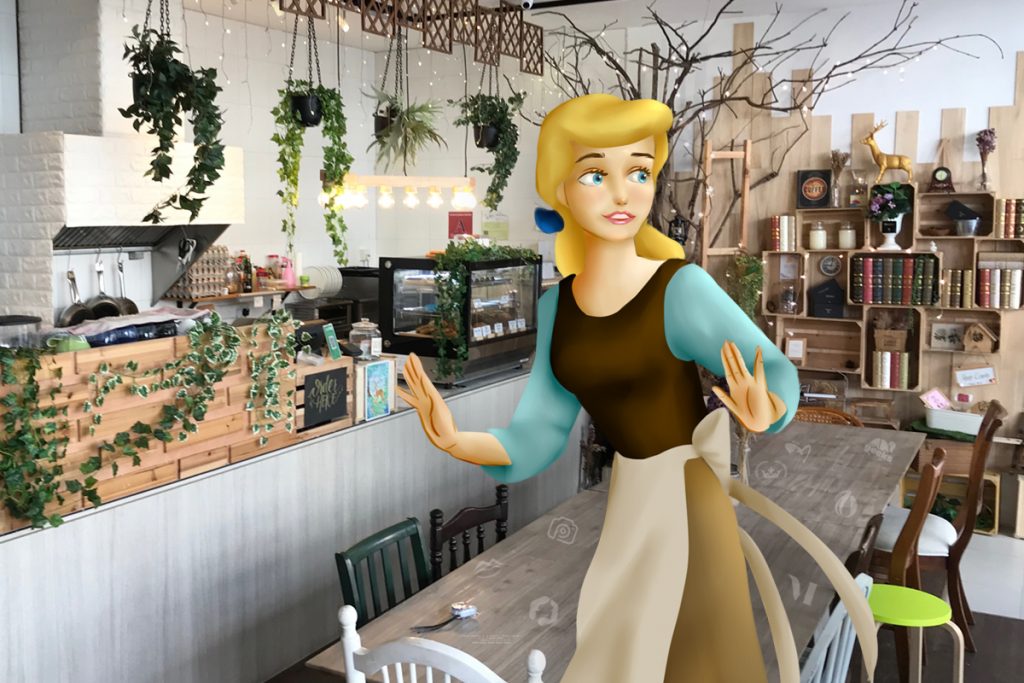 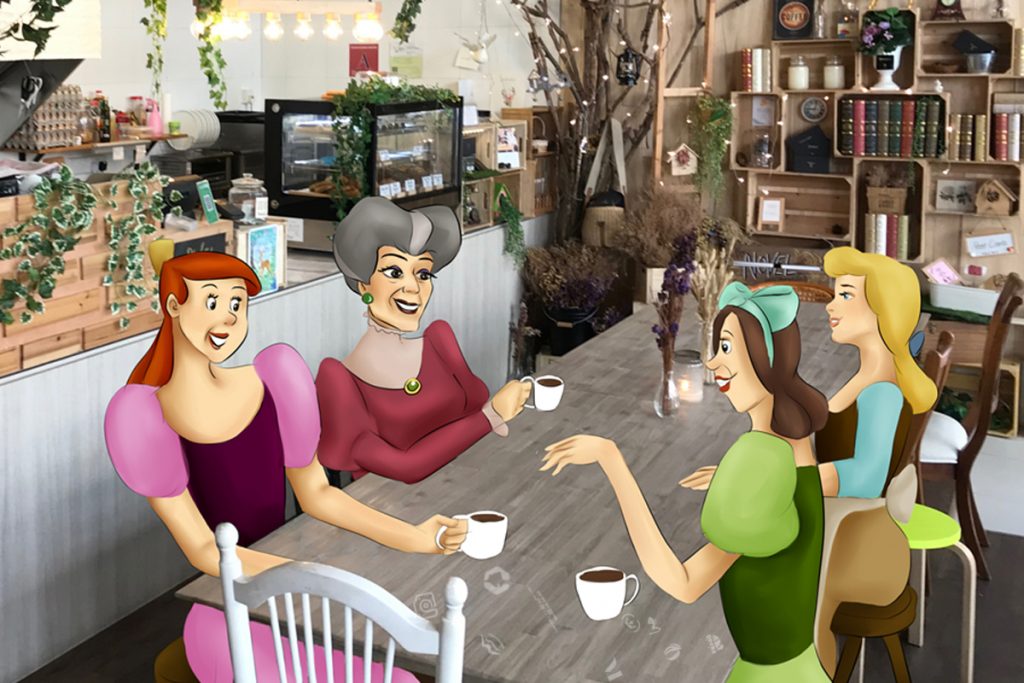 Cinderella’s stepmother was FURIOUS. So furious that her face turned maroon! Together with Cinderella’s stepsisters, they stomped their way down the path to the entrance… 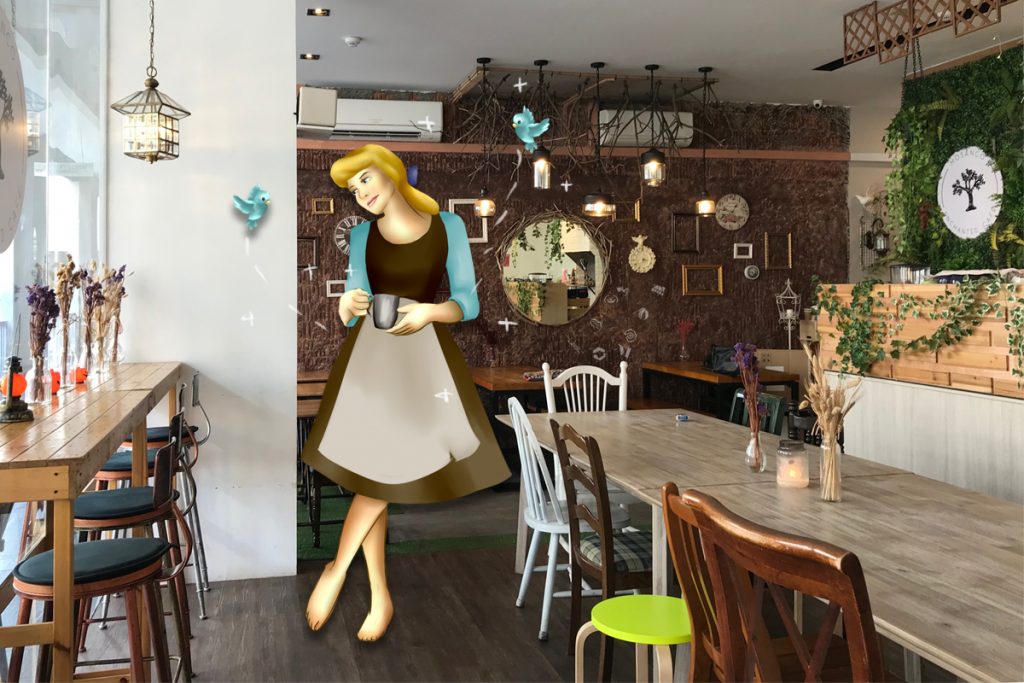 Cinderella has been visiting Enchanted Cafe daily for months now. When she makes her escape and before she leaps into the magic portal, she would… 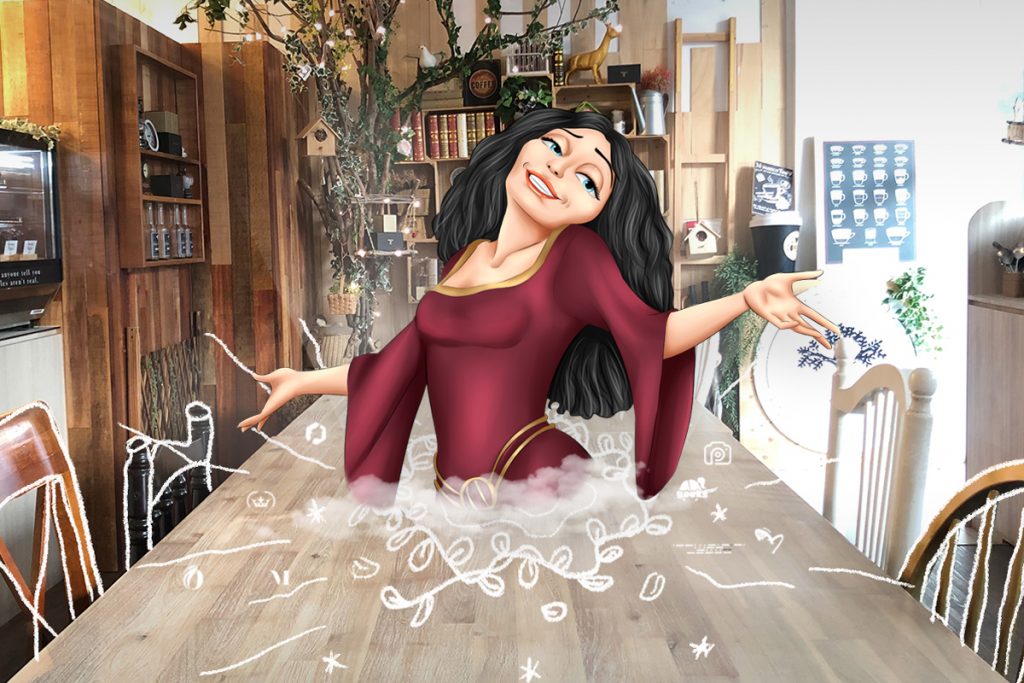 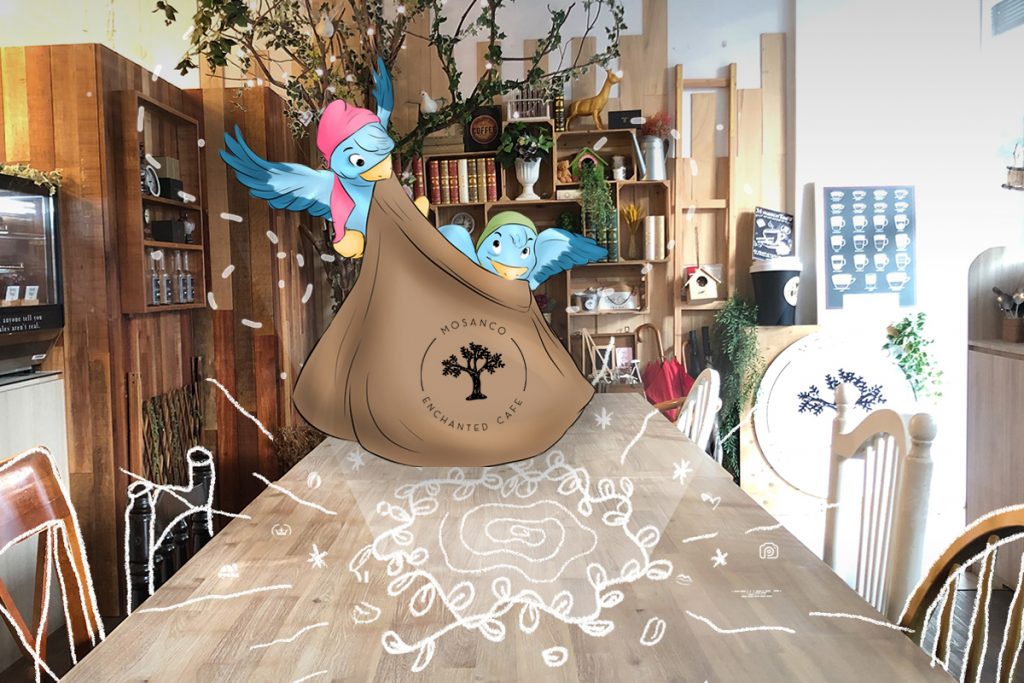 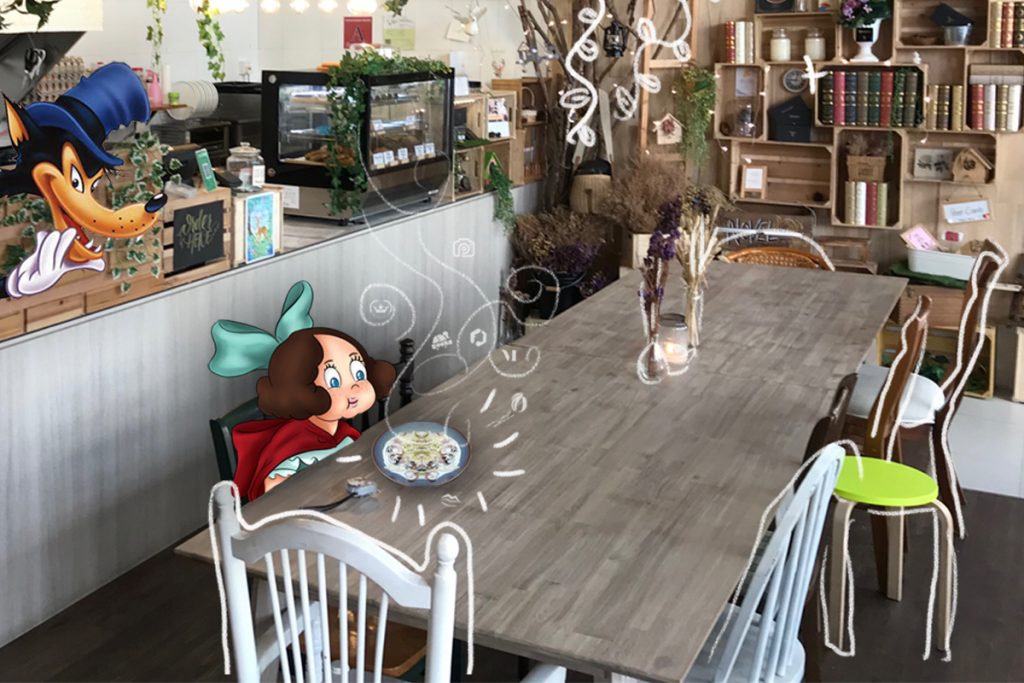 Come Tuesday afternoon when Little Red Riding Hood was on her way to her grandma’s place, The Big Bad Wolf snuck behind the bushes and…