The 90s were a wild time filled with crazy new trends that seeped their way into our daily life, and even today you can see some of its influence in our culture. With so many movies putting the utmost care into their character’s clothing, it’s no surprise their style shaped our fashion sense back then.

In honour of the 90s, we’re taking a look at all those fabulous movies that mesmerised us with their garments and paved the way for a new kind of style no one had seen before. So grab your plaid jackets and over-the-knee boots because we’re going for a walk down memory lane. 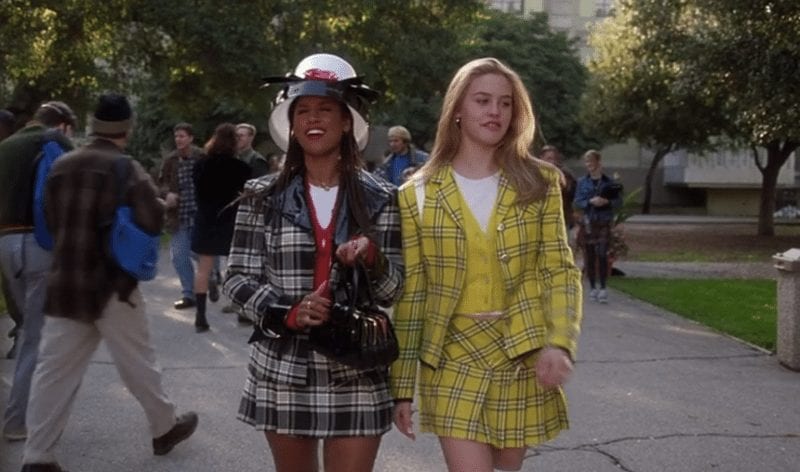 If we’re talking about the 90s movies and fashion, there’s no best place to start than this classic little flick. Plaid was already a big thing from the start of the decade, but it wasn’t until Clueless came in with its plaid-loving protagonist Cher Horowitz that it kicked off. Alicia Silverstone’s outfits weren’t only stylish (and perfectly matched), but the way she portrayed Cher was so intoxicating that everyone wanted to be like her. Though those skirts might’ve had a lot to do with it. 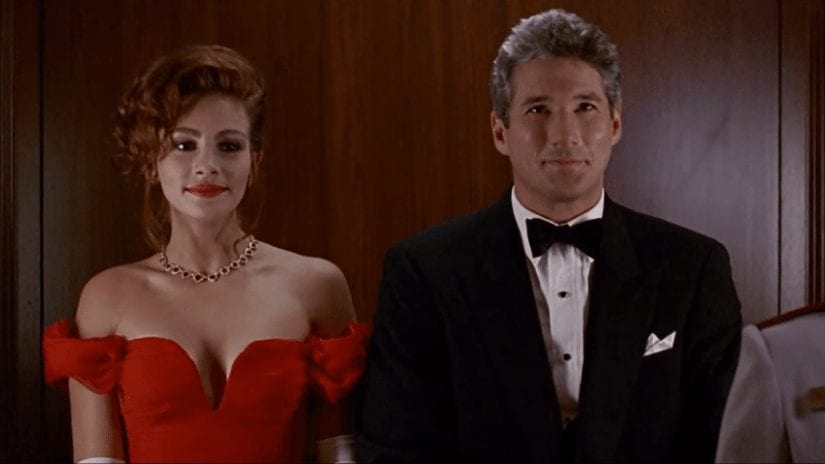 Julia Roberts and Richard Gere amazed everyone with this updated take on the classic Cinderella story. Focused on the tale of a prostitute that’s taken from the streets and given a considerable makeover, Pretty Woman’s main character goes through quite a significant change.

However, the most significant contribution that Pretty Woman offered has to be the knee-high boots that gave a perfect blend of sexiness and empowerment to the character. The way Julia Roberts carried herself wearing these made them an instant hit and added to the film’s sense of wonder and beauty.

The Spice Girls in Spice World 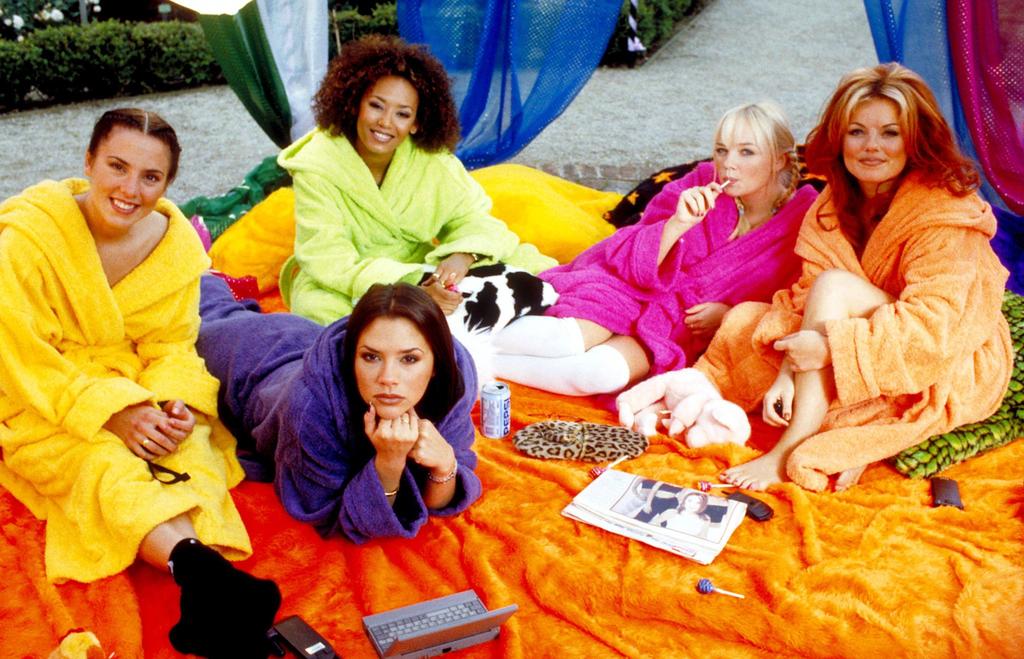 What was another big thing the 90s had going for them? Bands. There were a lot of boy and girl bands alike, with some definite standouts dominating the charts back in the day. There was one group that dominated the world for a while during the mid to late 90s, and that was the Spice Girls.

Each of these five pretty girls had their gimmick and style that suited their personality and role in the group; it was no wonder that people would fall for them. All of this culminated in their movie, Spice World which is…outlandish at best, but gave us a great look at a variety of outfits that the characters would continuously change into. Their huge platform shoes were also a mainstay in a lot of people’s minds, though luckily they didn’t last long. 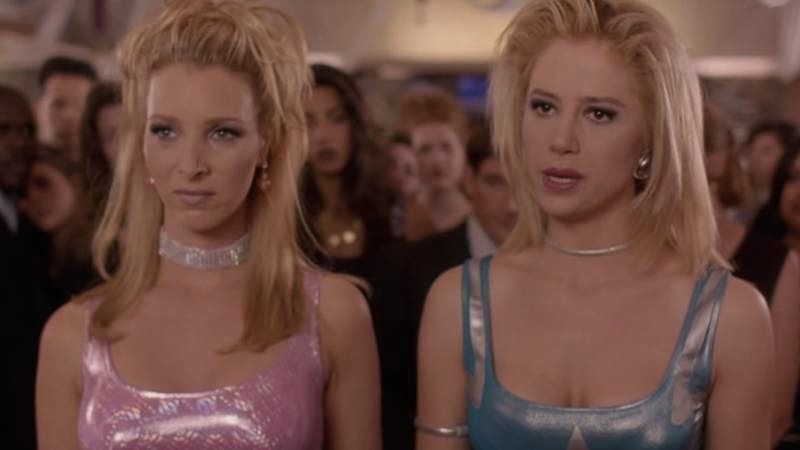 Focusing on a pair of best friends who decide to pretend to be successful during their high school reunion, Romy and Michele’s High School reunion made good use of its main character’s obsession with creating new, exciting and unique outfits to play around with an array of different colour and style combinations. However, a standout amongst all of this costumes has to be Michele’s pink dress, which almost didn’t make it into the film had it not been for Lisa Kudrow’s insistence on it. It’s a good thing that she convinced them because of Michele’s A-line shift; pink dress became a real fashion icon.

Fairuza Balk in The Craft 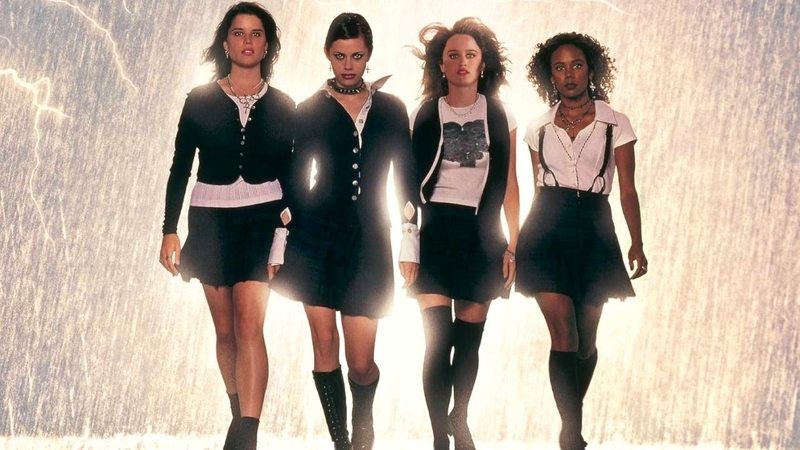 Not everything in the 90s was cute colours and frills, it also gave us the evolution from the more punkish styles in the 80s to what would become goth and grunge fashion in the 90s and onwards. The Craft’s cast of would be witches dressed in entirely different ways to the other films on this list, with their dark coloured outfits, makeup and crucifixes.

Standout amongst this was the villain, Nancy, played by Fairuza Balk, who did a great job in selling her character’s demented attachment to witchcraft through her acting, highlighted even more by the dark eyeliner and choker she wore. 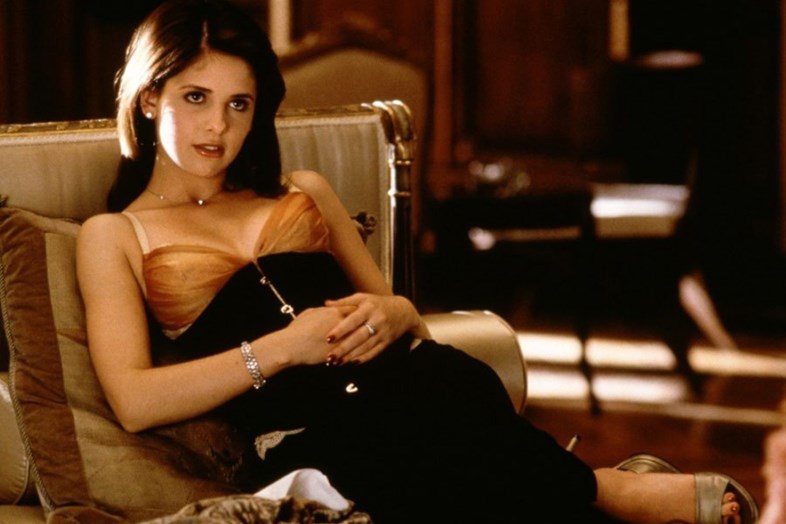 You wouldn’t expect a movie that dealt with some warped and unconventional themes to influence fashion trends of the time. However, Cruel Intention was a movie that managed to convey its character’s personalities and intentions with what they wore.

From Sarah Michelle Gellar’s sexy and dominating styles ranging from oversized hats, sunglasses and lingerie outfits to Reese Witherspoon’s more traditional pink and innocent costumes, Cruel Intentions’ fashion sense couldn’t be questioned, and it continues to have a place in the heart of the fashion world to this day. 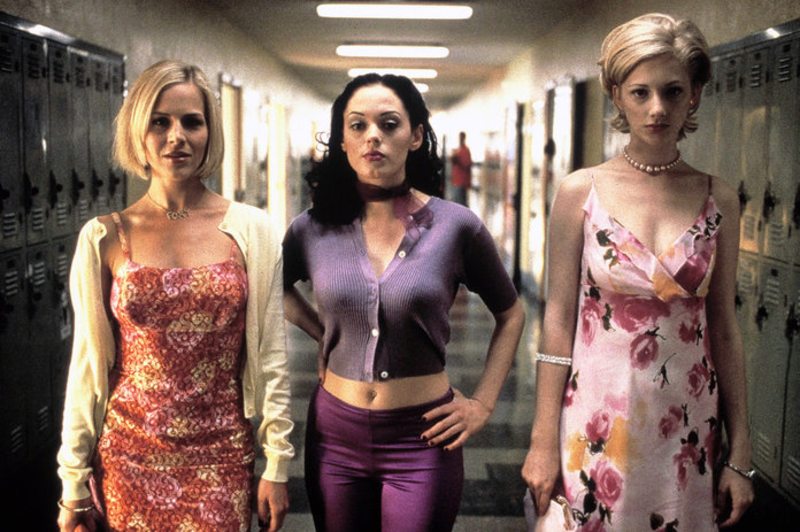 If you’re a fan of the movie Mean Girls, then Jawbreaker was made for you, proving to be an inspiration both as a movie and when it comes to the outfits worn. The story showcased an array of different fashion styles such as floral slip dresses, plaid miniskirts and crop tops, all thrown in seamlessly as the popular girls in the movie make the “nerdy” protagonist into one of theirs …with some consequences of course.

Standout amongst this has to be the queen bee of the school played by Rose McGowan, who infuses her character with a confident strut and sass that sells her status as the queen of the school.

Movies don’t always turn out the way they expect. Empire Records became a cult classic due to its status as a musical about misfits owning a record store. However, the most iconic thing about the film is easily actress Liv Tyler’s outfit, which combines a mohair sweater, a plaid miniskirt and combat boots that help give the character her unique spin. It also helps that unlike other movies, these type of clothing were already standard, making them more relatable to us

Julia Stiles in 10 Things I Hate About You 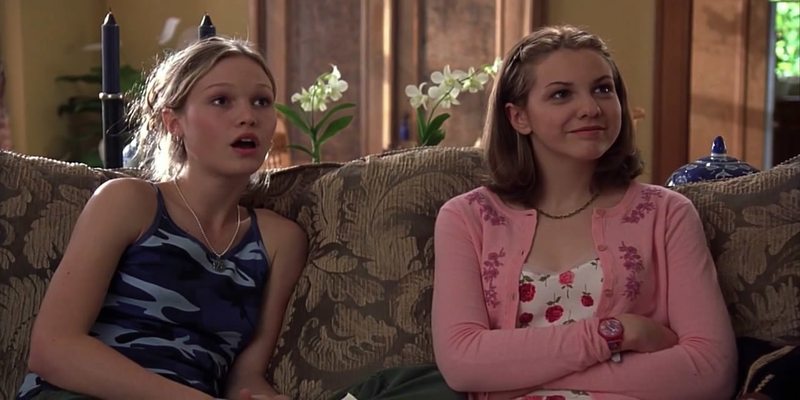 Ten Things I Hate About You updated Shakespeare’s Taming of the Shrew in more ways than just setting it in the modern age. It also gave its characters a lot of personality and wit while getting rid of some less than desirable elements from the original play. But the biggest contribution for this movie was Julia Stiles’ character, who stood out thanks to her usage of crop tops, cargo pants and platform shoes that made her the face of multiple magazines and a big fashion influence for a lot of teenage girls. 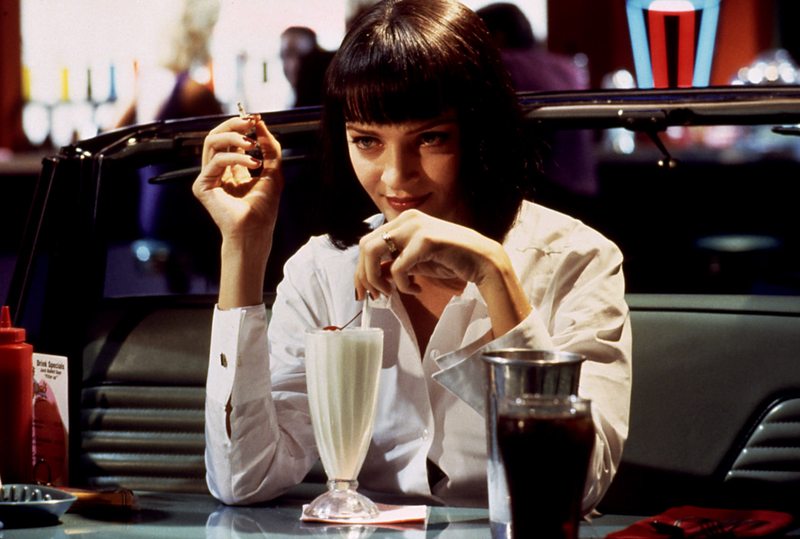 A big part of Quentin Tarantino’s success over the years can be attributed to Pulp Fiction, a movie that cemented itself not just into the 90s culture but cinema as well. The movie did a lot of things right and in some ways revolutionized the way people looked at film. So it only fits that a movie of this calibre also exceeds when it comes to its costume design.

While everyone in this film does an excellent job at looking cool and menacing, special credit goes to Uma Thurman’s Mia Wallace with her unbuttoned white shirt, black pants and gold lined shoes. You might find it weird for such a simple style to become big, but the way in which Uma carried herself (and the outfit) turned it from something basic to something empowering and authoritative.

We hope that this run down memory lane has given you lots of ideas for some beautiful outfits of your own. If anything, they’re proof that you never know what kind of style will hit it big. 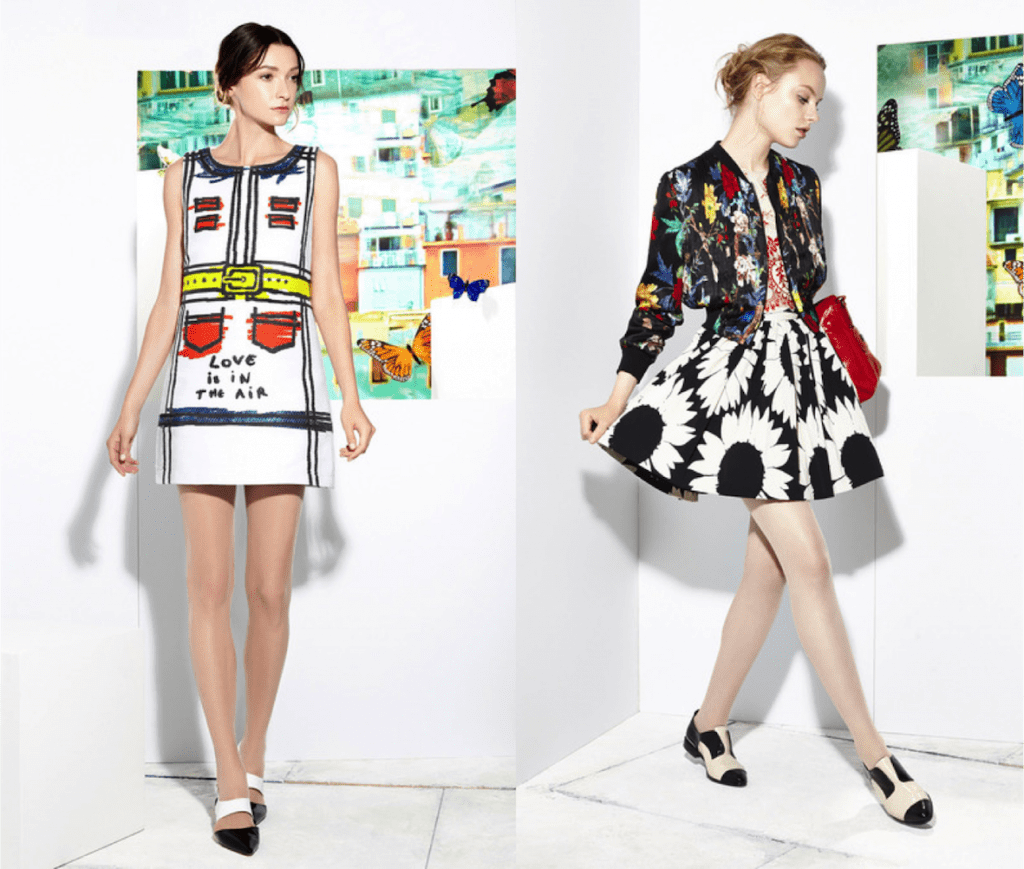 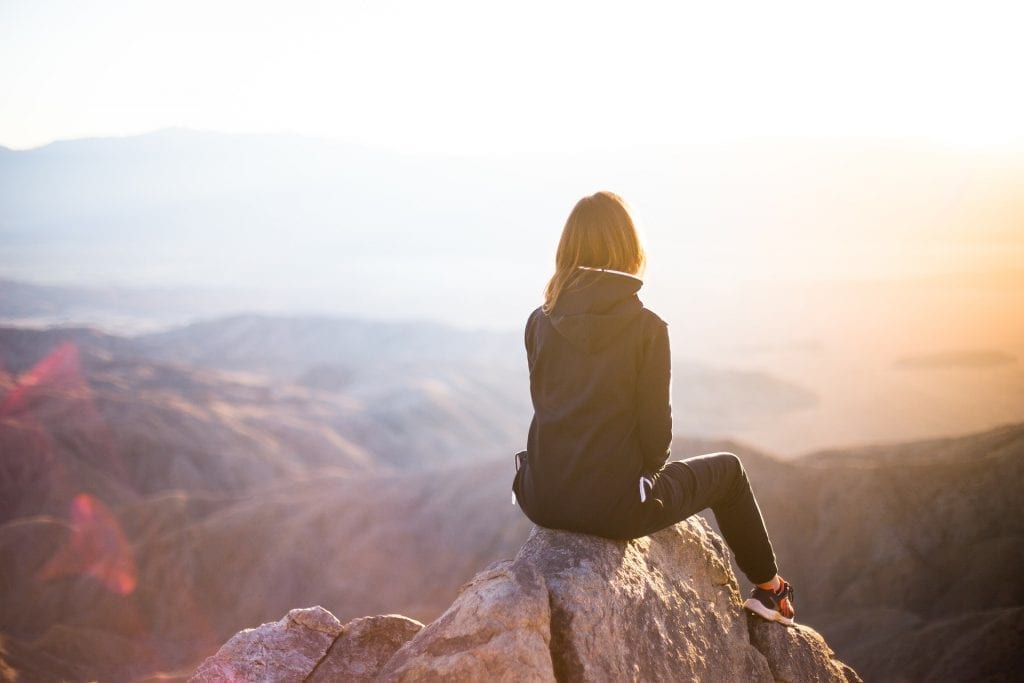 Anyone who has read my response to the dreaded question, “who is your style icon?” would know that I usually respond with my mom. When… 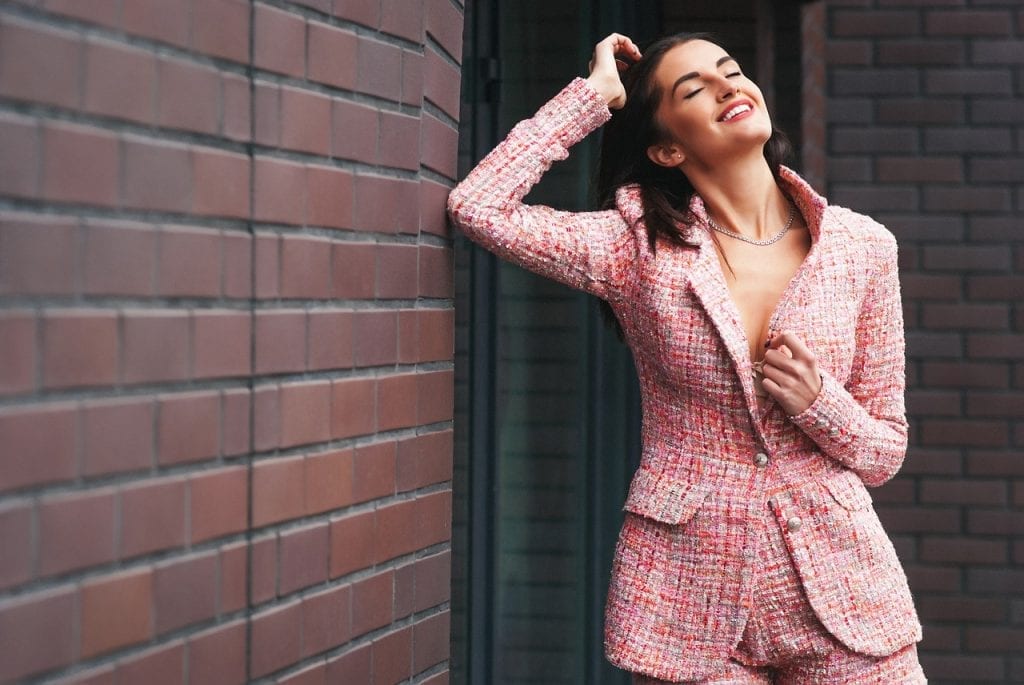 We’re finally almost through the winter months! Before long, the sun will be back out in force to usher in the spring, and then it’s… 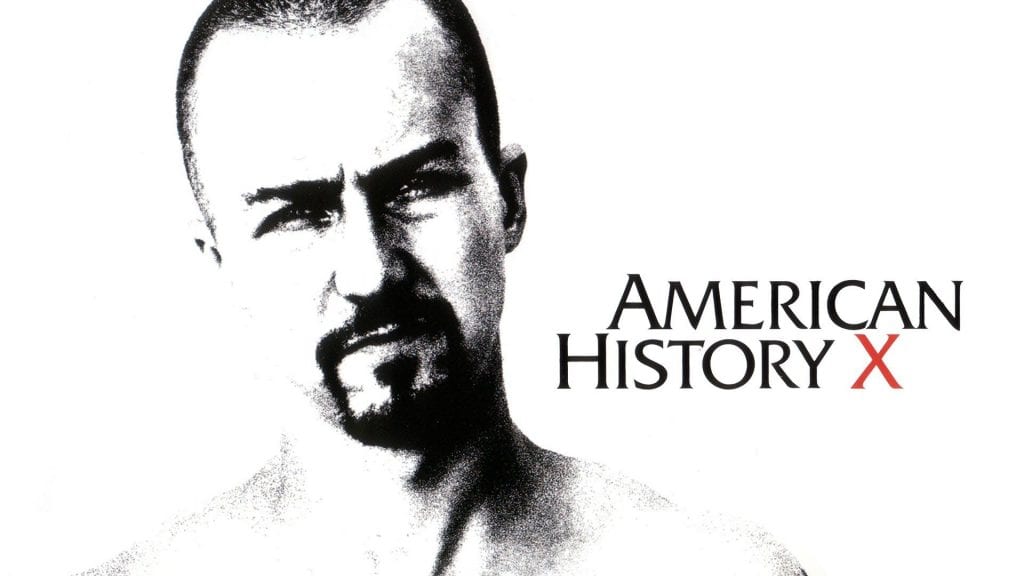 Not the movie genre of my liking; in fact, I’d say that if I weren’t forced into watching this (no thanks to my big mouth),… 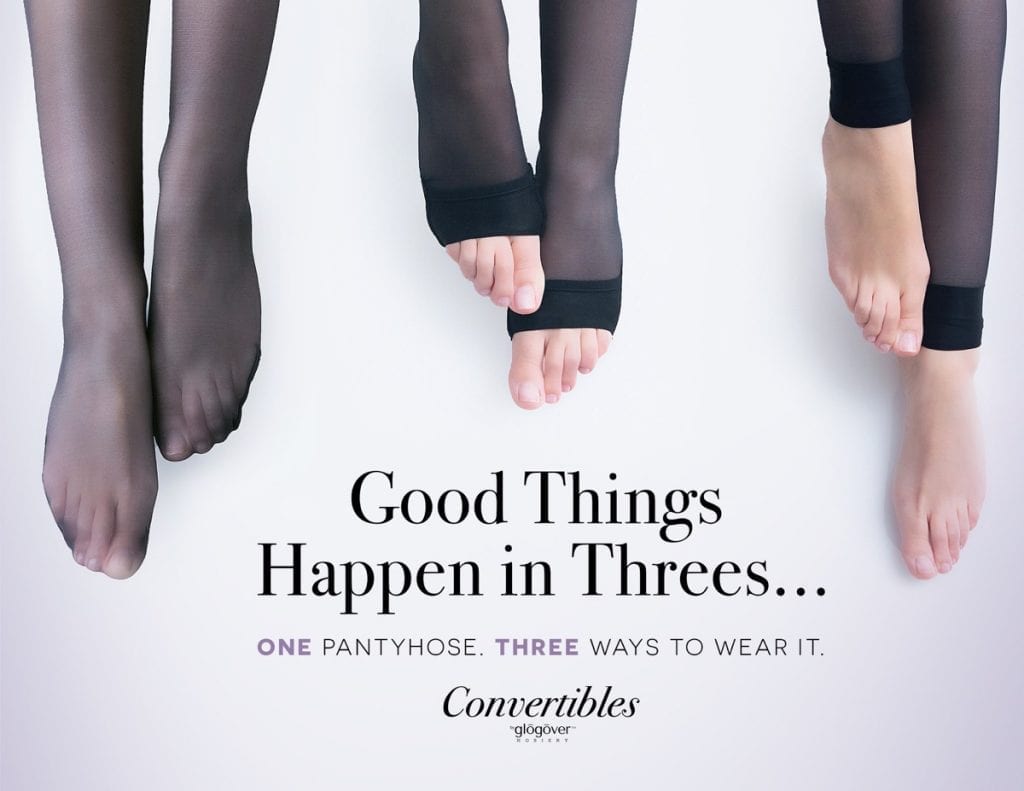 Modern life makes many demands. Women’s undergarments should offer them style, versatility, comfort and convenience for every occasion. Convertibles by Glogover Hosiery is the only… 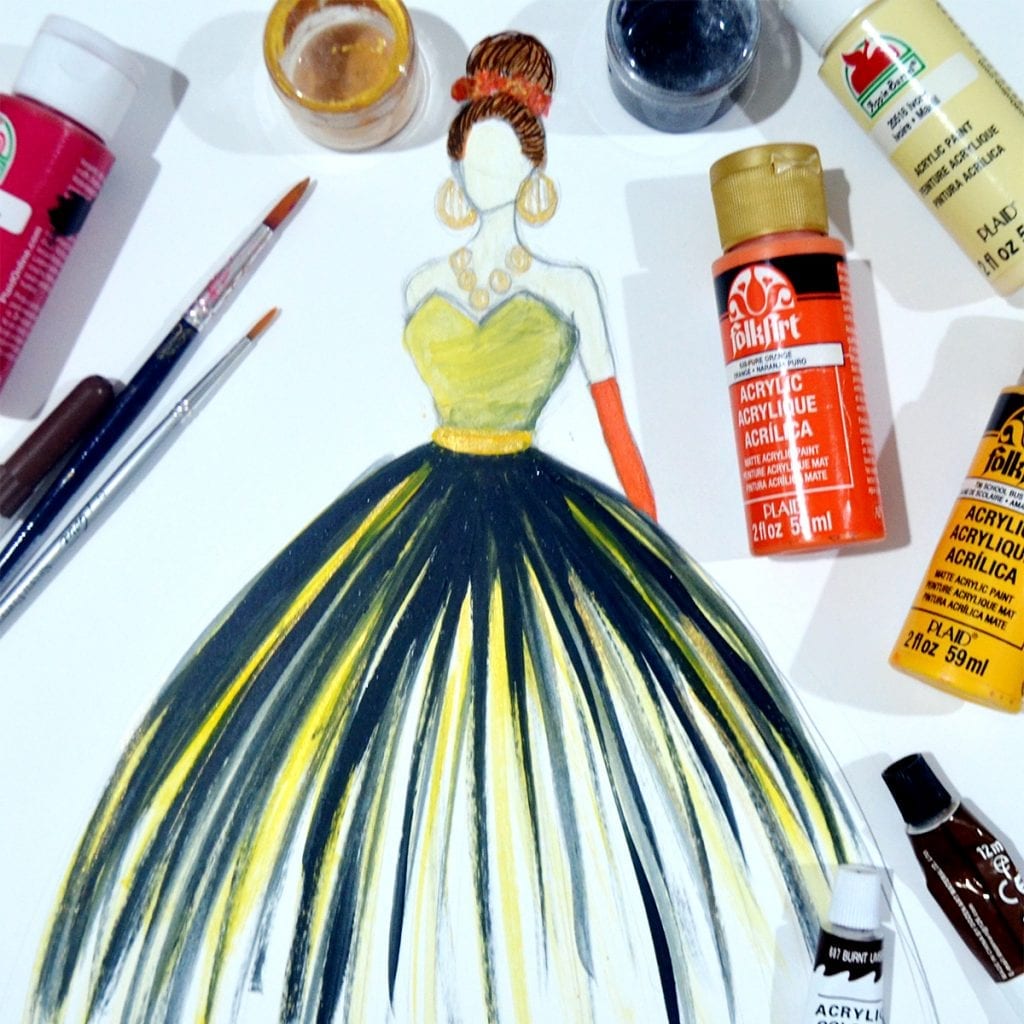 In an age where artists, visual and graphic designers rely on tools like photoshop and illustrators, Anwaar stood out from the rest with a more…